Zac Efron: Love Scenes With Nicole Kidman Were 'Highlight Of My Life' 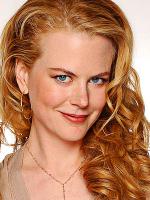 ) was a 'highlight' of his career.

The 24-year-old actor says although there's a twenty year old gap between them, it was a dream come true because he's always had a crush on her.

"It was everything I dreamed of. She was such a lovely person. I pinched myself every day, especially after doing love scenes with Nicole Kidman."

"It was the highlight of my life."

"Nicole was something else and was always in character. She didn't get weird method, like some actors do, but I have never seen anyone so centred," he told Daybreak.

The former High School Musical star hopes his future wife will share some of Kidman's traits.

"A sense of ambition and a sense of freedom, which is a careful mix. You have to balance those two," he says. "I haven't exactly found it yet."