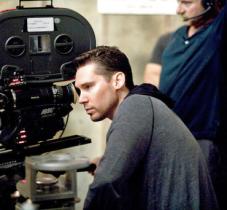 In a lawsuit filed on Wednesday, 'X-Men: Days of Future Past' director Bryan Singer has been accused of sexually abusing a teen boy.

Egan claims he was lured by Singer with various drugs and promises of auditions for acting and modeling jobs.

The lawsuit also refers to Marc Collins-Rector, the former chairman of Digital Entertainment Network, and a friend of Singer.

Collins-Rector is accused of initiating the abuse after Egan worked as an actor for the company.

Collins-Rector plead guilty in 2004 to luring minors across state lines for sexual acts and is a registered sex offender.

Egan is seeking more than $75,000 on each of his four accusations: intentional infliction of emotional distress, battery, assault and invasion of privacy.

"It is obvious that this case was filed in an attempt to get publicity at the time when Bryan's new movie is about to open in a few weeks," says Marty Singer.