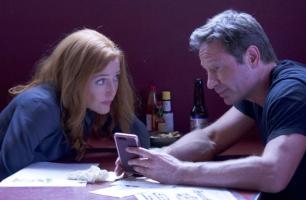 The second installment of 'The X-Files' revival premiered this week on Fox.

Star Gillian Anderson has said she sees the episodes to be her last appearance as Agent Scully and Chris Carter, creator of the series, has confirmed that he doesn't see continuing without the actress.

"It seems like if those are the circumstances, there won't be more X-Files," admitted Fox Television Group CEO Dana Walden on Thursday.

Some fans had been holding out hope that Scully's character may be replaced with another similar to Robert Patrick as Agent Doggett when David Duchovny left the original series.

They're still holding out hope that Anderson will change her mind.

"They've done two additional seasons. I would not foreclose the possibility that in the future there could be more. Not only are there no plans, but there hasn't been a single conversation about it."

Meanwhile, Fox announced that another season of 'Prison Break' is likely.

"We are developing a new iteration of Prison Break," President of Entertainment Michael Thorn said. "It's very early stages of development."