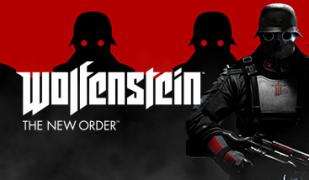 Wolfenstein, the first-person shooting game that pits you in a battle against the Nazi powers, says it's time to ""Make America Nazi-Free Again."

The statement is accompanied by a short trailer for the game that features armored and mask-wearing soldiers marching through the streets under Nazi flags.

"Not my America," reads the text on top of the video.

Surprisingly, the marketing effort didn't impress some who said the game was giving into a "hysterical leftist power fantasy."