Will Smith: 'Fresh Prince' Reboot Will Happen 'When Hell Freezes Over' 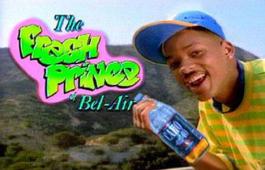 Despite the trend of remaking 80s and 90s shows, Will Smith is telling fans not to hold their breath for a 'Fresh Prince of Bel-Air' reboot.

"I don't think ever, like pretty close to when hell freezes over," Smith said when asked by E! about possibly rebooting his hit sitcom. "We're gonna leave that one alone."

Rumors circulated last year that a reboot was in development.

However, it appears the project was probably an original comedy with a similar premise than a reboot or remake of the NBC sitcom.