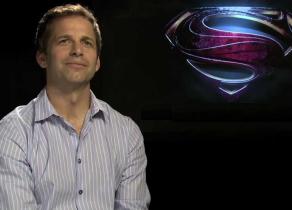 Joss Whedon has stepped up to take over for 'Justice League' director Zack Snyder after the filmmaker suffered a terrible tragedy.

Snyder has revealed his 20-year-old daughter, Autumn Snyder, committed suicide in March. THe filmmaker had hoped to keep the tragedy private and hoped to keep working through it but he says he now realizes that simply isn't possible.

"In my mind, I thought it was a cathartic thing to go back to work, to just bury myself and see if that was way through it," Snyder tells THR.

"The demands of this job are pretty intense. It is all consuming. And in the last two months I've come to the realization... I've decided to take a step back from the movie to be with my family, be with my kids, who really need me. They are all having a hard time. I'm having a hard time."

"Here's the thing, I never planned to make this public," he explains. "I thought it would just be in the family, a private matter, our private sorrow that we would deal with."

"When it became obvious that I need to take break, I knew there would be narratives created on the internet. They'll do what they do. The truth is... I'm past caring about that kind of thing now."

"I want the movie to be amazing and I’m a fan, but that all pales pretty quickly in comparison," he says of the events in his life.

The film, starring Ben Affleck, Henry Cavill, Gal Gadot, Jason Momoa and Ezra Miller, is currently in post production. It has a release date of November 17, 2017.