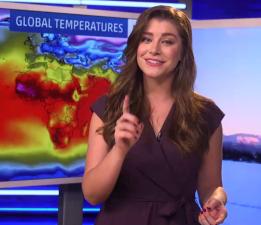 Breitbart, the self described alt-right website, has been in the news a lot lately since it was formerly run by Donald Trump's chief strategist Steven Bannon.

So with all the recent talk about fake news, perhaps it should come as no surprise that even the Weather Channel is responding after the website claimed the Earth was cooling by using a clip from the network itself.

In a note to Breitbart, the Weather Channel says: "The Earth is not cooling, climate change is real and please stop using our video to mislead Americans."

Meteorologist Kait Parker then goes on to explain the science as she debunks the claims in the article.