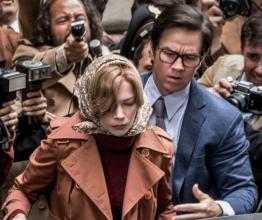 This after it was revealed that Mark Wahlberg made $1.5 million for reshoots on 'All the Money in the World' while his co-star Michelle Williams only received around $1000.

The reshoots were made necessary because Ridley Scott wanted the tarnished Kevin Spacey out of his finished film. All of Spacey's scenes were reshot with Christopher Plummer just one month before the film's release.

"Over the last few days my reshoot fee for 'All the Money in the World' has become an important topic of conversation," Wahlberg said in a statement. "I 100% support the fight for fair pay and I'm donating the $1.5M to the Time's Up Legal Defense Fund in Michelle Williams' name."

William Morris Endeavor Entertainment, the talent agency that represents both Wahlberg and Williams, has also announced it would be making a $500,000 donation to the fund.

Mark Wahlberg was able to demand the high fee because he had casting approval in his contract. He refused to sign off on Plummer unless he was paid a significant sum for the reshoots.

Meanwhile, Michelle Williams wanted Spacey out of the film after accusations began to surface and was merely paid the per diem reshoot rate.