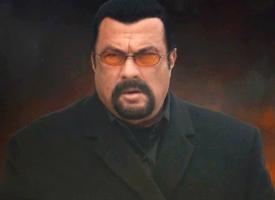 The Kremlin announced Thursday that it was awarding Russian citizenship to Steven Seagal.

The 64-year-old actor, who makes frequent visits to the country and has become friends with Vladimir Putin, has been granted his wish.

Seagal has called Putin "one of the greatest world leaders" while campaigning for the impeachment of President Obama.

Putin spokesman Dmitry Peskov says the move came at Seagal's request because he "has been insistent for a long time in asking to be granted Russian citizenship."

"He is known for his warm feelings to our country. He never made a secret of it, and he's also a well-known actor, which gave grounds to make him a Russian citizen."

Seagal has not commented on whether he plans to accept or if he will claim dual Russian-American citizenship.