Vince Vaughn and Owen Wilson Reunite In 'The Internship' Trailer 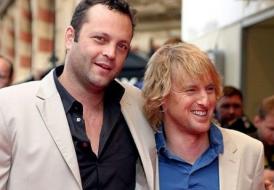 Fox has released the first trailer for 'The Internship', which sees Vince Vaughn and Owen Wilson reunite for another comedy.

The film follows a pair of salesmen whose careers have been torpedoed by the digital world.

Trying to prove they are not obsolete, they tackle their way into a coveted internship at Google, along with a battalion of brilliant college students.

They must compete with a group of the nation's most elite, tech-savvy geniuses half their age in a "mental Hunger Games."

The Google-heavy film has a release date of June 7.