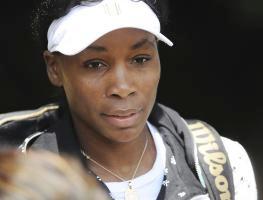 Venus Williams has responded to the wrongful death lawsuit filed against her following a deadly car crash last month.

In the filing, Williams denies responsibility for the death of 78-year-old Jerome Barson. He was a passenger in the car with his wife, Linda, when they crashed with Williams' vehicle in the middle of a Florida intersection.

The tennis star claims the victim was not wearing a seatbelt at the time of the crash and says they failed to adequately maintain their vehicle.

"Defendant states that the injuries and/or damages to the Plaintiff were solely and/or proximately caused by the unreasonable failure of the Plaintiff to use an available and operational seat belt and the time of the accident," Williams' response states.

However, Barson family attorney Michael Steinger says data from the car pulled by investigators shows that both driver and passenger were wearing seatbelts. He adds the car was a 2016 Hyundai and has inspection papers to prove that it was adequately maintained.

When the light turned green, Linda Barson drove through the same intersection and T-boned Williams' vehicle.

Police first said the tennis star was at fault for the crash. But recently said she "lawfully entered the intersection."