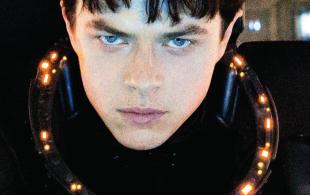 'Valerian and the City of a Thousand Planets' star Dane DeHaan tells Jimmy Fallon about how his love for his baby daughter got his car stolen.

DeHaan was so focused on getting his baby daughter out of the car seat that he left the car unlocked and running in Brooklyn.

"He barely even stole it. I basically gave him the car," he laughs. "It took a week to get it back. It smelled like a party in there."

But the kicker? DeHaan got another car and ended up doing it again.

"I left it running for 7 hours. I was walking my dog and I walked by the car and it was just sitting on the side of the street running. And I quickly ran into the car and turned it off. I haven't done it since so I feel like I'm starting to really figure it out."