Usher's Ex-Wife Claims He Slept With Bridesmaid From Wedding 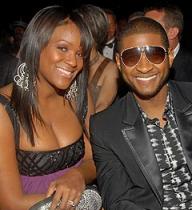 Usher may be regretting his child custody case going to court.

The R&B singer was on the stand complaining ex-wife Tameka Foster kept hiring new nannies when a new allegation was levelled against him.

"Miss Williams actually traveled to Miami with you and baby Usher." said Foster's lawyer. "She was a nanny for you, was she not?"

"Miss Williams left Miami because you were discovered in bed with Maya Fox Davis?"

Davis was a bridesmaid at Usher and Tameka's wedding and the incident is said to have occurred while he was still officially together with his wife.

However, Usher's attorney immediately objected to the question and reminded the court they were not trying a divorce case so the question was "irrelevant."

On Monday, Usher broke down and cried in court when Foster's lawyer showed photos of him with friends in Europe, suggesting he cared more about partying than his children.

Foster has said Usher doesn't care about following rules and was late bringing the kids back several times.

Usher claims it was because he was usually "held up at the gate trying to get in."

"She has not respected me and I didn't want to do the same," he said. "I always wanted to be respectful of the agreement that we had and try to abide by the rules that we had."

Foster wants full custody of their two sons while the singer is asking the court for increased visitation.