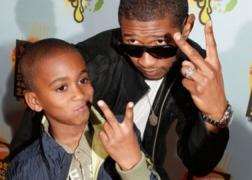 Usher's 11-year-old stepson, who had been declared brain dead after a jet ski accident, has died after being taken off life support.

Kile Glover was taken off life support Saturday morning after doctors determined that he would not recover from his injuries.

Usher's son with ex-wife Tameka Foster was riding an inner tube on Lake Lanier in Atlanta with a 15-year-old girl earlier this month when he was struck in the head by a passing jet ski.

"It's very, very, very difficult time right now," says Foster's friend, Jodi Gomes. "As a mother, I'm devastated for my friend. Tameka is holding up strong. She is very faithful and puts all her trust in the Lord, truly."