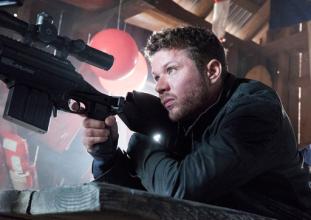 USA has delayed its premiere for new series 'Shooter' in the wake of the Dallas sniper attacks that left five police officers dead.

The drama, starring Ryan Phillippe and Omar Epps, is based on Mark Wahlberg's 2007 film of the same name and the book Point of Impact by Stephen Hunter.

It centers on an ex-marine sniper who is wrongly accused of a crime and trying to stop a plot to kill the President.

"In light of recent tragic events and out of respect for the victims, their families and our viewers, we have decided to postpone the premiere date for the upcoming USA Network series Shooter to July 26," the network says in a statement.

Last month TNT delayed the season premiere of 'The Last Ship', which featured a scene depicting shooting at a Vietnamese nightclub, after the Orlando nightclub massacre.