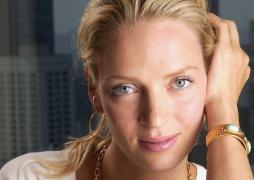 Uma Thurman has given her third child an epically long name.

The 42-year-old actress gave birth to her daughter three months, but kept the name under wraps until yesterday. Perhaps for good reason.

The rep declined to explain why the child was saddled with the form-filling nightmare and only said "each name has a special reason and meaning to her mother and father."

And added she is "better known to family and friends as Luna."

The girl is her first child with her financier fiancé Arpad Busson, who grew up in France. The couple began dating in 2007, but called off their engagement in 2009 before reuniting in 2011.