Two Years After Finale, 'Lost's Lindelof Has 'No Regrets' About Ending 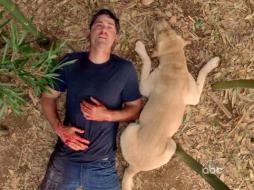 Two years after 'Lost' ended, co-creator and executive producer Damon Lindelof says he has "no regrets" about how the show ended.

"As obnoxious and as entitled as it sounds, I have no regrets about it," Lindelof says in an interview. "For me, there were other writers involved, but for me I just sort of feel that I make no apologies for it. That was the ending I wanted to do and I was always comfortable with the ambiguity of the show."

"If there was one regret that I had. There were times over the course of the show when in interviews, I said 'the answers are coming.' But I challenge you to look at any interview that I gave post the middle of season three, which was the turning point for the end date, where I said that."

"Before that there was some degree of improvisation that had to happen because we didn't know how long we would have to do the things we wanted to do. Once we said there's going to be 48 episodes left, at that point a firm plan had to come into motion."

"From that point, I said if you are watching the show for the answers to the mysteries, you are not going to like the ending."

"It's not that I didn't care about the mythology of the show but there is no worse scene in the history of the genre than the Architect explaining to Neo everything that happened in the Matrix. And I wasn't going to touch that with a f--king ten foot pole."

"We have the Architect and we have Lost. Lost is not enough and the Architect is too much. Somewhere in the middle is just right but I'm always going to be more towards Lost than the Architect because that's just not interesting to me."

Watch the rather indepth discussion with Lindelof on The Verge below: