'Twin Peaks' Sequel To Debut In May With Two-Hour Episode 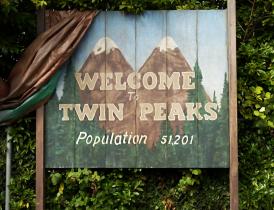 Showtime's 'Twin Peaks' sequel will debut in May with a two-hour episode.

The series will return to the airwaves on Sunday, May 21, more than 25 years after the original ABC series.

The season will consist of 18 hours in all and, in a unique move, subscribers to the premium cable channel will be able to see the third and fourth hours on Showtime's streaming platforms directly after the first two.

"The Twin Peaks you're going to see is the pure heroin version of David Lynch," promised Showtime's Gary Levine.

The revival picks up 25 years after the murder of homecoming queen Laura Palmer rocked the northwestern town.

It reunites original series creators and executive producers Mark Frost and David Lynch, who directed all the episodes.