Trump Was Asked To Play President In 'Sharknado' Before Presidential Run 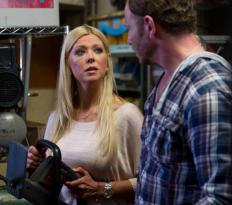 Before he entered the running to become the President of the United States, Donald Trump was asked to play President in 'Sharknado'.

But after she turned the down, star Ian Ziering turned to his 'Celebrity Apprentice' friend -- Donald Trump.

A co-founder of the company behind the Sharknado series reveals Trump was "thrilled" and said yes. They even sent him a contract.

However, when they didn't hear back, Trump's attorney finally told them it was because Trump was now considering a real-life presidential run.