Trump Accuser Jill Harth On His Groping: 'How Can People Not Believe Me Now?' 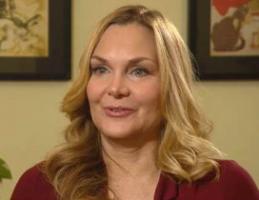 Jill Harth, who accused Donald Trump of groping her multiple times several years ago, says the leaked video is proof the Republican presidential candidate has no respect for women and their bodies.

Harth tells Inside Edition that Trump's claims that he would "grab" women below the belt and "just start kissing them" is exactly what she experienced.

Harth says Trump's assertion at the debate that they were just words and he's never actually done such a thing isn't true.

The New York-based makeup artist met Trump in 1992 when she and her ex-husband were negotiating a business deal.

"Donald sat me right next to him," she recalls. "That was the time when he started to go for it and have his hand on my leg, moving forward... touching my private parts."

She said it happened again when they were offered her a private tour of his Palm Beach property.

When asked about the allegations, Trump's campaign provided an email from Harth in which she asked if she could help with his foray into politics.

"I would be willing to say at a rally or somewhere how DJT helped me with my self-confidence and all positive things about how he is with women to counter any negativity that may come out at some point in the campaign," she wrote.