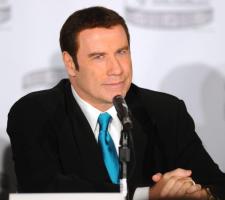 "I haven't," Travolta says to 'Tampa Bay Times' when asked if he's seen the documentary. "And I don't really care to."

The actor shrugs off the claims as "hearsay" from "people who were disgruntled with their experiences."

"I haven't experienced anything that the hearsay has claimed, so why would I communicate something that wasn't true for me?," he says.

"It wouldn't make sense, nor would it for Tom, I imagine... That would be a crime to me, personally, to do that."

"I've been so happy with my experience in the last 40 years. I've been brought through storms that were insurmountable, and it has been so beautiful for me, that I can't even imagine attacking it."

Travolta credits Scientology for helping him make it past the 2009 death of his son, Jett.

"Oh, my god, I wouldn't have made it" without the church's assistance," he says. "Honestly."

"I've helped so many people through hard times. Loss of children, loved ones, physical illnesses. Through many tough, tough life situations I've used the technology to support them and help them. It's always worked."

"So, why would I even approach a negative perspective? That would be a crime to me, personally, to do that."