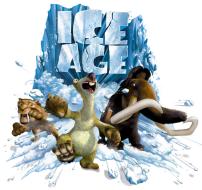 It was a photo finish for 'Transformers: Revenge of the Fallen' and 'Ice Age: Dawn of the Dinosaurs' on the Fourth of July weekend, as the two movies tied with $42.5 million each.

Final numbers Monday will most likely sort out which movie holds the box office crown, but according to early estimates, the two movies were neck and neck. It's rare for two summer movies to be not only so close to each other in their weekend earnings, but for two studios to agree that the race is simply too close to declare a definite winner.

But regardless of the final numbers, 'Transformers' moved past 'Up' to become the year's highest-grossing movie in only its second weekend, after shooting past the $290 million domestic total.

Meanwhile, 'Ice Age', back with its voice cast of Ray Romano, Denis Leary, John Leguizamo and Queen Latifah, packed in the family crowds for a strong opening that lived up to expectations.

It will be interesting to see how 'Tranformers' and 'Ice Age' hold up with 'Harry Potter and the Half-Blood Prince's debut in mid-week, on July 15. Next weekend, sees the premiere of Sacha Baron Cohen's much anticipated 'Bruno' and comedy 'I Love You, Beth Cooper'.

Here's a complete rundown for the weekend box office. If the numbers seem slightly off from the past few weekends, it's because revenues were slightly off on Saturday, with July 4 on a weekend this year.