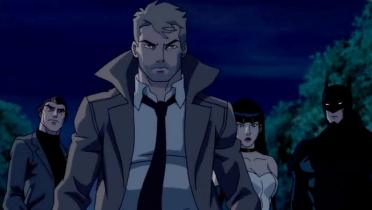 The first trailer for DC's animated 'Justice League Dark' has been released.

'Justice League Dark' finds the world under attack from supernatural forces that prompts Batman to seek aid from occult investigator John Constantine, who forms a team of other supernatural superheroes, including Swamp Thing, Deadman, Zatanna, and Etrigan the Demon, to help save the world.

Director Jay Oliva describes the R-rated feature as "a horror movie with superheroes in it."

"That's basically what we're doing. There's still action. It's more like action-horror than anything, but we tried to have some scares, and make it feel different from what we've done in the past," he says.

Watch the 'Justice League Dark' trailer below. It currently has a release date of sometime in early 2017.