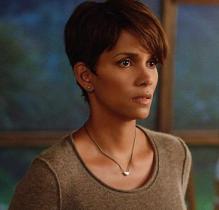 ) as astronaut Molly Woods, who returns from a 13-month solo space trip and discovers that she's inexplicably pregnant.

CBS has previously described the drama as a "mystery thriller about a female astronaut trying to reconnect with her family after returning from a year in outer space."

And said "her mystifying experiences in space lead to events that will ultimately change the course of human history."