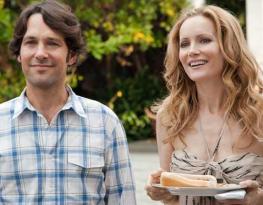 Universal has released its first extended trailer for 'This Is 40', which it describes as a "sort of sequel" to Judd Apatow's 'Knocked Up'.

Other stars include Megan Fox (photos