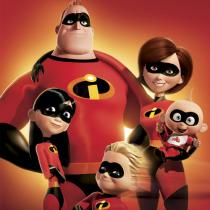 Reports are that Disney is making the move because 'The Incredibles 2' is ahead of where the studio expected at this point. It will now arrive in theaters on June 15, 2018.

'Toy Story', which was originally slated for June 17, 2017, was said to be moving slowly which also contributed to the decision.

Just like Brad Bird is returning to direct the follow-up to his 2004 hit, John Lasseter, director of the first two 'Toy Story' movies, will direct the fourth installment.

Lasseter is hoping to springboard Woody, Buzz Lightyear and the rest of the cast into another adventure that will launch another trio of films. Few details are known but he previously hinted it would be a love story with Woody searching for a lost Bo-Peep.

"'Toy Story' 3 ended Woody and Buzz's story with Andy so perfectly that for a long time, we never even talked about doing another Toy Story movie," Lasseter previously said. "But when Andrew, Pete, Lee and I came up with this new idea, I just could not stop thinking about it. It was so exciting to me, I knew we had to make this movie—and I wanted to direct it myself."