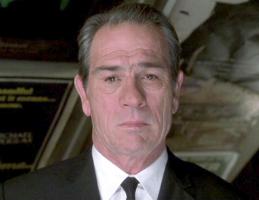 Several sources are reporting that the established actor will join the franchise in an authoritative bureaucratic role at the CIA.

Meanwhile, 'Ex Machina' star Alicia Vikander and Julia Stiles, who previously appeared in the series, are confirmed to board the project.

Paul Greengrass, who is also writing the script with Christopher Rouse, will return to direct.

The casting should come at a rapid pace now that filming get closer with a July 29, 2016 release date.

The story details are being kept under wraps but it's confirmed that this installment will not feature a crossover between Damon's Bourne and Jeremy Renner's Aaron Cross.