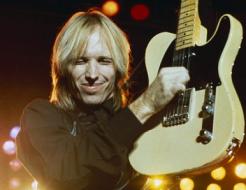 Tom Petty and the Heartbreakers are offering a reward for the five guitars stolen from them.

The guitars were stolen from a soundstage in Culver City, California, where the band has been rehearsing for their upcoming tour that launches this week.

"Tom Petty and the Heartbreakers are offering a $7500 reward with no questions asked to anyone with information leading to the recovery of the guitars," the site states.

Even Warner Brothers Records sent out a call for help on Twitter: "Please Help: Tom Petty had 5 guitars stolen from him and is offering a $7,500 reward. NO questions asked."

They urge anyone with information to contact the Culver City Police Department, or the band.