Tom Hiddleston Imagines Loki If He Was Played By Owen Wilson 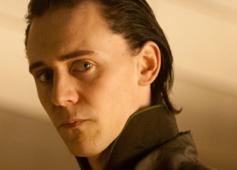 'Thor' and 'Avengers' star Tom Hiddleston, who headlined both movies as Loki, imagines what the character would be like if played by Owen Wilson.

After taking a moment to prepare himself for the request, Hiddleston delivers an impression with Wilson's mannerisms.

"It's the unspoken truth of humanity that you crave, you know, subjugation," he says. "You know, for God's sake, you know, just, like, kneel. I'm Loki of glorious Asgard, I'm burdened with glorious purpose, that's all."

The actor also showed off his dance moves in South Korea: