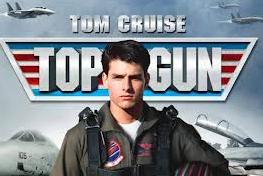 Tom Cruise has confirmed that the long-rumored 'Top Gun' sequel is in the works and could begin filming soon.

"It's true, yeah it's true," he said while promoting 'The Mummy' in an interview with Australia's 'Sunrise'.

"You know what? I'm going to start filming it probably in the next year. I know, it's happening, it is definitely happening."

"You're the first people that I've really said it to," he grinned. "This is going to happen."

It's the clearest confirmation the 54-year-old has given since he confirmed last year that the sequel was in the early stages of discussions with Jerry Bruckheimer.

The 1986 film was the launching pad that propelled Cruise to superstar status.