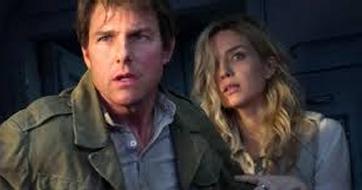 The first extended trailer at 'The Mummy' reboot starring Tom Cruise has arrived.

Cruise takes his 'Mission: Impossible' show to ancient Egypt to fight monsters and gods after an ancient princess is awakened from her crypt beneath the desert.

"Please meet Princess Ahmanet," Russell Crowe tells Cruise as she terrorizes London. "She will claim what she has been denied."

The trailer begins with Cruise apparently dying in a plane crash before coming back to life.