When Jaxson Denno's mother, Heather, heard Robert Downey Jr. was filming 'The Judge' near their Massachusetts home, she thought it would be the perfect chance for her son to meet his favorite superhero.

So she seated the 18-month old into the car and told him he was going to meet Iron Man.

Only when he got there, the toddler was disappointed to not see Iron Man and his superpowers but Robert Downey Jr. sans his Tony Stark scruff.

"He was fine as soon as he talked to him," Heather tells People. "But he was so confused because I kept telling him it was Iron Man and he knew it wasn't. Well, not Iron Man in the suit." 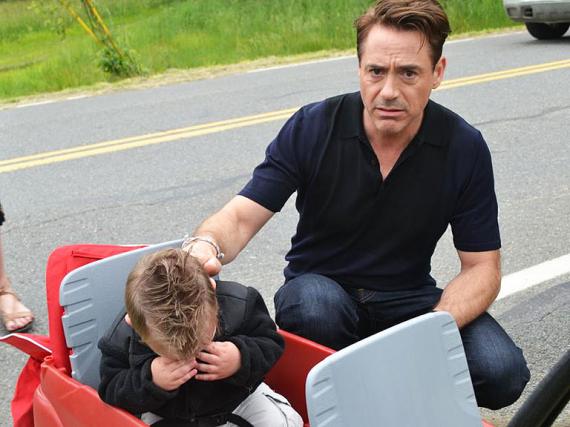