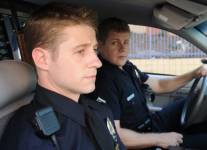 TNT has picked up NBC's abruptly cancelled police drama 'Southland' and plans to bring it back in the new year.

The cable network will begin airing the seven episodes from its first season followed by the six episodes that were shot for the show's prematurely aborted second season on January 12 at 10 PM.

'Southland' was renewed for this fall and was supposed to return in October however, it was cancelled before a single episode aired.

NBC blamed the show's much darker tone in the second season and its marginal ratings but producers blamed the lack of open timeslots at the network, now that the 'Jay Leno Show' airs during primetime.

Now to the more interesting question of whether the network will be making more episodes beyond the six, TNT hasn't made a decision yet but 'Southland's Michael Cudlitz says things are looking up.

"I really do feel like it's going to do fantastic," he says. "It may even be a bigger hit this time around. Its also my understanding that the actual episodes will have more airtime on TNT, so I believe they will be going back in and adding content. They'll have the opportunity, and, in my opinion the need, to open up the episodes a little bit."

"I'm just really happy that the show gets a chance to sink or swim based on what we've done creatively and it's not some arbitrary business decision."

Will the show still bleep out profanity -- as it did last year -- even though other TNT shows don't? The cable network says while they do "air shows with a TV MA rating, which covers certain language for mature audiences, we're still working on our plans."