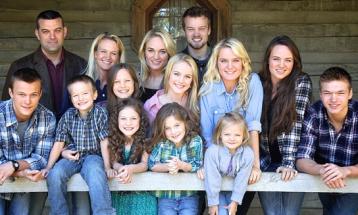 Another one of TLC's reality TV families finds itself in hot water after Toby Willis, the father from TLC's 'The Willis Family', was arrested and charged with raping a child.

The Tennessee Bureau of Investigation, who began investigating the 46-year-old in August, says Willis allegedly had a sexual encounter with an underage female in 2004.

He was arrested in Greenville, Kentucky and is being held on a fugitive from justice warrant. The TBI believes he traveled there in an attempt to avoid police.

Willis is married to Brenda and share 12 children together -- eight girls and four boys, all of whose names begin with the letter 'J'. The family has starred on two seasons of 'The Willis Family'.

The entertainers, known onstage as The Willis Clan, first burst on to the scene after reaching the quarterfinals of season 9 of 'America's Got Talent'.

TLC says it is "shocked to hear this news" and that they had already decided not to renew the series for another season.

Toby Willis is currently being held without bond and is expected to be extradited back to Tennessee to face trial.