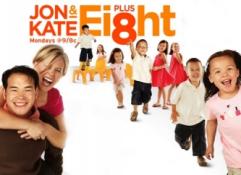 TLC is bringing back Kate Gosselin and her eight kids to the network for a one night special to air this summer.

"In 2007, viewers first fell in love with one of the most talked about families in reality television history," TLC says in promoting its special that will get fans "up to speed."

It promises a "look back" at the most memorable and "poignant family moments."

But don't expect an update on dad Jon Gosselin. TLC's statement goes out of its way to not take his name.

Meanwhile, Kate Gosselin will also appear on the upcoming season of 'Celebrity Apprentice'.