TLC Lost $19 Million Over Cancellation Of '19 Kids and Counting' 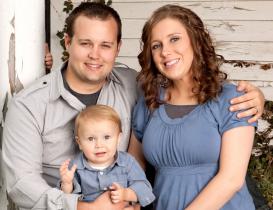 In its earnings report conference call on Wednesday, TLC noted that it lost over $19 million due to the unforeseen cancellation of '19 Kids and Counting'.

Discovery Communications CFO Andy Warren told investors that due to "higher restructuring and other charges this year of $19 million primarily due to content impairment charges from canceling TLC's 19 Kids and Counting."

The reality series was pulled and then eventually cancelled after Josh Duggar's molestation scandal came to light.

In announcing the cancellation, the network said it was partnering with two child-protection organizations to raise awareness about child sexual abuse in addition to airing a one-hour documentary.

The documentary would feature Jill and Jessa Duggar, two of the sisters Josh Duggar touched inappropriately, as well as others who have been affected by abuse.