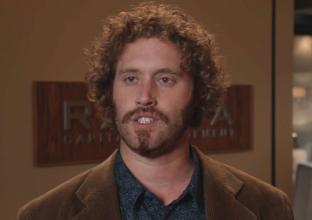 The network is claiming the decision to cancel the puppet series was made before the allegations came to light. However, that doesn't seem to jive with the timing of both events.

The 'Silicon Valley' and 'Deadpool' actor has denied the allegations from a woman he dated in college. She claims Miller was violent and sexually assaulted her on at least two instances.

She says that Miller once strangled and punched her during sex, penetrated her anally without her consent, and did so again with a beer bottle.

The accusations were eventually addressed by a student court at George Washington University, who reportedly expelled Miller after his graduation as a way to satisfy both parties.

Although the woman first began talking about her story years ago, Miller says she's using the #MeToo movement to target him.

"Sadly she is now using the current climate to bandwagon and launch these false accusations again. It is unfortunate that she is choosing this route as it undermines the important movement to make women feel safe coming forward about legitimate claims against real known predators," he says.

Miller left 'Silicon Valley' at the end of last season. The comedian insisted it was his choice. However, reports indicated he was written out of the show.