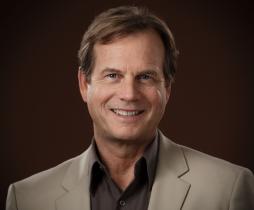 Actor Bill Paxton, best known for his roles in movies including 'Titanic', 'Aliens' and 'Twister', died on Saturday. He was 61.

"It is with heavy hearts we share the news that Bill Paxton has passed away due to complications from surgery," his publicist says in a statement. "A loving husband and father, Bill began his career in Hollywood working on films in the art department and went on to have an illustrious career spanning four decades as a beloved and prolific actor and filmmaker."

"Bill's passion for the arts was felt by all who knew him, and his warmth and tireless energy were undeniable. We ask to please respect the family's wish for privacy as they mourn the loss of their adored husband and father."

Paxton, who starred on HBO drama 'Big Love' as the lead from 2006 to 2011 and History channel's 'Hatfields & McCoys' mini-series, appeared in CBS' 'Training Day', which premiered earlier this month.

"We are shocked and deeply saddened this morning by the news of Bill Paxton's passing," say CBS and Warner Bros. Television. "Bill was, of course, a gifted and popular actor with so many memorable roles on film and television."

"His colleagues at CBS and Warner Bros. Television will also remember a guy who lit up every room with infectious charm, energy and warmth, and as a great storyteller who loved to share entertaining anecdotes and stories about his work."

Paxton is survived by his two children and wife, Louise Newbury. He was previously married to Kelly Rowan.