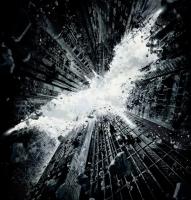 The first extended trailer 'The Dark Knight Rises' has been released.

The trailer, which shows us a number of scenes not seen in the original teaser, highlights the growing tension in Gotham City that will bring back Batman to action.

It also provides our first look at Anne Hathaway (photos

) as Selina Kyle (but not as Catwoman), Tom Hardy as Bane, Joseph Gordon Levitt as cop John Blake and even the Batwing.

The best thing about the two minute trailer is that, despite the additional new footage, it doesn't reveal what to expect or how the story will play out.