'The X-Files' Reveals First Look At Season 11 In Trailer 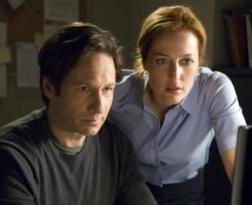 'The X-Files' released its first look at the upcoming season of the Fox revival at New York Comic Con on Sunday.

"We actually begin Season 11 with some backstory on the Cigarette Smoking Man," he added showing the trailer.

"As the characters have gotten older, we've given them more action. They've become action heroes," said Carter. "There's a lot of action in Season 11."

Star Gillian Anderson also hinted that this will likely be her final season and she actually felt like last season was a one-off.