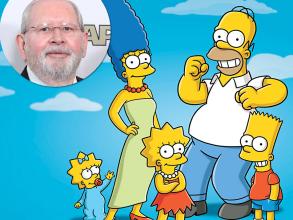 'The Simpsons' has fired Alf Clausen, its Emmy-winning composer who had worked on the animated comedy series for nearly three decades.

Clausen tells Variety that he received a call from executive producer Richard Sakai to inform him that he was being let go because the show was going in a different direction musically.

It's believed the move may be part of Fox's cost-cutting measures to the long-running series. The 29th season of 'The Simpsons' premieres on Sunday, October 1.