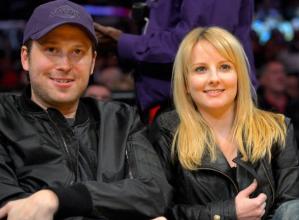 'The Big Bang Theory's Melissa Rauch has announced the birth of her first child.

"I am beyond over the moon to share that our beautiful baby girl, Sadie Rauch, has arrived and our hearts are bursting at the seams with love for her," Rauch told her fans on social media.

"I will never take for granted the difficult road it took to get here. To those on that road: I'm sending you so much love today and always."

Just like her character Bernadette on the hit CBS comedy, it's the first child for Rauch and husband Winston.

In October, Rauch teamed up with fellow women like Nancy Kerrigan, June Diane Raphael and Loni Love for a PSA that reminded women who had suffered a pregnancy loss that they were not alone.

She had suffered a miscarriage of her own before this first child.