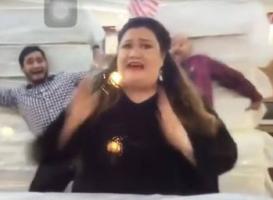 The San Antonio store for Miracle Mattress has closed its doors "indefinitely" following outrage over the company's 9/11 Twin Tower ad.

"Effective immediately, our Miracle Mattress store will be closed indefinitely," owner Mike Bonanno said in a statement on Friday.

"We will be silent through the 9/11 Anniversary to avoid any further distractions from a day of recognition and remembrance for the victims and their families."

Miracle Mattress had originally filmed the ad for its "Twin Towers sale" to deliberately coincide with the 15th anniversary of the 9/11 attacks.

The woman let out mock screams and at the end of the video said "We will never forget."

The store has been closed since the ad went viral and caused staff members to receive death threats.