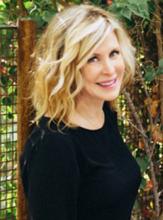 Texas couple Neely and Andrew Moldovan have been ordered to pay their wedding photographer $1.08 million after she sued them for defamation following an argument about a $125 fee.

It all started when the Moldovans became upset over a $125 fee for an album cover.

Photographer Andrea Polito tells the Dallas Morning News that she had decided, after several weeks of back and forth with the couple, she said she would absorb the cost to satisfy her customers.

But days later, the pair went on Dallas-Forth Worth TV station NBC 5 to complain about the disagreement, saying Polito told them the fee was not included in their contract and that their wedding album would be lost unless they paid the fee.

The photographer later told the station that her order form "."

"As any of our brides would tell you, we have a very strong policy regarding the high-resolution files, which are not released until the photo album is completed," she explained.

"The form clearly states that the cover is not included in the wedding package and is an additional charge... To suggest that we would hold images 'hostage' in retaliation is simply inaccurate... it is very clear that this small business discrepancy over $125 has gone too far because of ulterior motives."

After the interview caused a flood of bad reviews that eventually ended up closing her studio, Polito sued the couple for a "smear campaign" and "disparaging and defamatory" statements.

She said the couple "took pride and pleasure in the harm they caused, bragging they were 'pretty sure her business is done'" and that their "tortious actions" damaged her personal and professional reputation, caused her extreme emotional distress and substantial economic damages."

This week a jury found the couple liable for defamation, disparagement and civil conspiracy.

"I'm emotionally exhausted. This has been a very long battle," Polito said. "When the verdict was read I felt a little bit relieved, but most importantly, I feel my reputation was restored to myself. What's been so hard the past couple of years has been feeling so ashamed of this story."