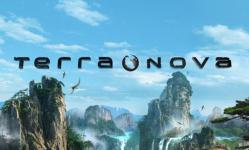 'Terra Nova' started out slow but the ambitious Fox drama has been steadily building to an action packed finale.

It all started when the colonists discovered that creating a new beginning for the human race wasn't the only reason to set up 'Terra Nova'.

They learned the Phoenix group, the bad guys from 2149, aimed to not only mine the pristine land but take it over because "if you control the past, you control the future."

Now, the colonists must prepare to defend their land and brace for a fight they never expected.

"Now there's a problem," explains executive producer Jon Cassar. "It's not just going a be a potential 11th pilgrimage coming through but there's an army potentially coming through and they are here to destroy what Taylor, Jim and all the people have built here."

"Nobody's safe and that's very important to feel when you're watching the show. That not everyone can make it through. You want to start with a bang and end with a bang and this finale does that."

The expensive show hasn't performed as solidly as Fox expected in the ratings, given it took a while to get into gear, but here's hoping it's renewed for another season to continue the story.

Check out a trailer for tonight's 2-hour finale titled 'Occupation/Resistance' below: