Teen Credits 'Man vs. Wild' and 'Survivor Man' For Saving His Life 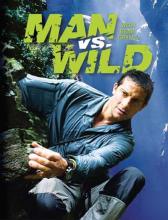 A lost Portland teen who spent ten hours on Mt. Bachelor in below-freezing temperatures is crediting reality TV for saving his life.

"We were going to meet at the bottom, but then I went a different way," Jake Denham tells KOHD News.

The 14-year-old Denham says he got lost when he fell on the ice, went through trees and got lost in the steep terrain.

Helicopters flew over his location five hours after he was reported missing, but they didn't find him.

So the teen used what he learnt from 'Man vs. Wild' and 'Survivor Man' to stay warm and find his way. He rolled down the steep terrain, followed the North Star for directions, and then built a snow bank to stay warm.

"The bank was four feet long, so the wind would blow over me," Denham explains.