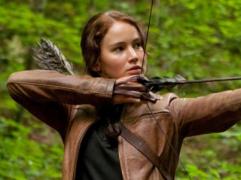 The official teaser trailer for 'The Hunger Games: Mockingjay – Part 1' has arrived after much Comic-Con teasing.

Unlike the short bit earlier this month where President Snow's address was cut short to reveal The Mockingjay Lives , this teaser goes right to the rebellion.