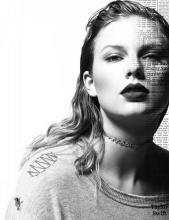 )'s lyric video for 'Look What You Made Me Do' is breaking records with more than 19 million views on YouTube in just 24 hours.

The video, which features chess pieces and slithering snakes, was released ahead of Swift's music video on Friday.

It has already surpassed her previous debut of 17 million views with 'Bad Blood'. The Chainsmokers' lyric video for 'Something Like This' featuring Coldplay previously had the record with 9 million views in one day.

The track is also on pace to sell over half a million digital copies in its first week, which would compare to Adele's 'Hello' in 2015.

Watch the music video for 'Look What You Made Me Do', which premiered at the Sunday night's MTV VMAs, below: