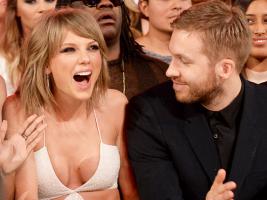 ) has been named Forbes highest-earning celebrity under 30, after making a whopping $170 million in just one year.

She single-handedly beat out British boy band One Direction and its four members by $60 million, who came in second with their combined earnings.

Swift's massive earnings were in large part due to her '1989' world tour, which raked in $200 million in North America and went on to gross a quarter of a billion dollars worldwide. Her album also sold more than 9 million copies and stayed in the top 10 of the Billboard 200 for an entire year.

Other notable stars on the list include Adele, whose $80.5 million put her in fourth, Rihanna (photos

) followed in fifth with $75 million, Justin Bieber, the youngest on the list, was sixth with $56 million and the Weeknd placed ninth with $55 million.

The top ten was dominated by singers with the rest rounded out by athletes, with tennis player Novak Djokovic in 7th, basketballer Kevin Durant in 8th and golfer Jordan Spieth in 10th.

), the only actress on the list and the highest paid one in Hollywood, managed 12th place with $46 million.