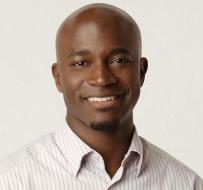 Speaking to E! at the 'Empire' season three premiere in Chicago this week, Henson said she recommend Diggs to producers.

"Well, you know, I did request him. I've never worked with Taye before. It was like, why not?"

"He is so much fun," she said about the hunk who stars in TNT's 'Murder in the First'.

"He is just so incredibly funny. And it's like a dry humor, it's like that Seinfeld humor, like you have to be on your toes. And some morning it's too early, Taye!"

"He's a politician, she's an ex-con... anything's possible when it comes to love," Henson grinned.